The Impacts of Testimonials in Politics A person’s decision-making process is influenced by many factors, including their emotions, logic, information availability, the attitudes of their peer group, and more. The use of testimonials taps into two of these decision-making factors; emotions and peer groups. In the 2020 political process, decision-making has become increasingly complex and, often, contentious. These political groups are using first-person accounts to broaden constituents’ perspectives, demonstrating the impacts of testimonials in politics.

The Impacts of Testimonials in Politics

Peer groups play into decision-making processes in complex ways. In some ways, individuals are innately attracted to others who share their beliefs; constantly arguing with or debating friends and family members leaves less room to become closer, creates more distance, and can gradually—or suddenly—push peer groups apart. In other ways, the behaviors and beliefs of our peers acts like a gravitational force on our own; we tend to trust the beliefs and information of those closest to us, believe our peers are good overall, and we feel discomfort when we don’t fit in with our group.

This is where testimonials come in. When we recognize others who are similar to ourselves, we tend to like them more and trust them more. Seeing a first-person account from a similar person shows us that our behavior is normal or “correct.” Contrastingly, when we don’t see our peers supporting our views, it can seem that our behavior is not normal or “incorrect.” This is less important in a low-stakes topic, such as favorite foods, and becomes much more prevalent in high-stakes, contentious topics, such as morals, ethics, values, and our vision of the future. Highlighting testimonials in politics helps to bridge the gap that can naturally occur between peer groups, showing differing views across similar people.

Republican Voters Against Trump Uses Testimonials to Connect with Voters 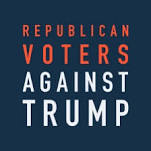 Republican Voters Against Trump (RVAT) has earned national attention for their ability to highlight simple, yet effective testimonial videos that cross political boundaries in America. RVAT collects and displays testimonial videos from self-identifying Republican voters who don’t support Donald Trump. Using Boast, RVAT collects videos directly from participants, generally with little to no editing. The results are authentic, trust-worthy videos from real people. This allows Republicans to speak to other Republicans and perhaps show a new or different perspective than the viewers might be used to.

“Typically, (the videos are) unedited, with no background music or effects,” said Chris Herbert from RVAT. “It’s a real person. People may not know it consciously, but people know when something is real, they have an intuition about it. They trust it.”

Evidence suggests that American politics has become more polarized and partisan over the past several years. This makes social and economic policies more difficult to enact and it becomes harder to move forward. CommonSense American seeks to bridge the partisan divide between everyday citizens and bring everyone to the table to make positive change.

“We recognize that people are less polarized than politicians,” CommonSense American’s website states. “As everyday citizens, we’re not nearly as divided left and right as most elected officials. We can give needed political support to Congress’s practical problem-solvers.” Testimonials from members have become an important part of this effort.

“We use Boast to collect video testimonials from our members that we can use in our ads and video events to recruit new members,” said CommonSense American Executive Director, Keith Allred. “We also share the videos with Members of Congress and their staff so they can hear feedback from their constituents. Our members are everyday Americans. We didn’t think we’d be successful at gathering video testimonials if we had to send model release forms and directions on how to record and send us videos. Boast made it easy to get permission and easily record and send us a video testimonial from any device.”

While policies and campaigns can be divisive, it’s easier for people to speak directly to each other. When viewers and listeners recognize themselves in honest, authentic testimonial videos, it can help to bridge partisan gaps and broaden political opinions.

Find the right words to ask for a testimonial